Dead consist of permanent gravity forces due to structural Elements. It is simply calculated as the product of volume and material density. Usually, self-weight is applied in the analysis model using the self-weight option of the analysis software. This simplifies this calculation step.

“dead Gravity loading due to non-structural parts of bridge”

Superimposed dead loads are gravity loads that consist of other permanent items such as parapets and road surfacing and other non-structural and architectural attachments to the bridge. Such items are long term but might be changed during the lifetime of the structure. Similar to self-weight it is calculated as the product of volume and material density.

The most notable item of superimposed dead load is the road pavement or surfacing. It is not unusual for road pavements to get progressively thicker over a number of years as each new surfacing is simply laid on top of the one before it. So particularly high load factor is applied to road pavement.

“due to road or rail vehicles”

Imposed traffic loads consist of those forces induced by road or rail vehicles on the bridge. Bridge traffic can be vehicular, rail or pedestrian/cycle or indeed any combination of these. Depending on the design code, the type and intensity of the design vehicle changes. For example, HL-93 is used in AASHTO design code. 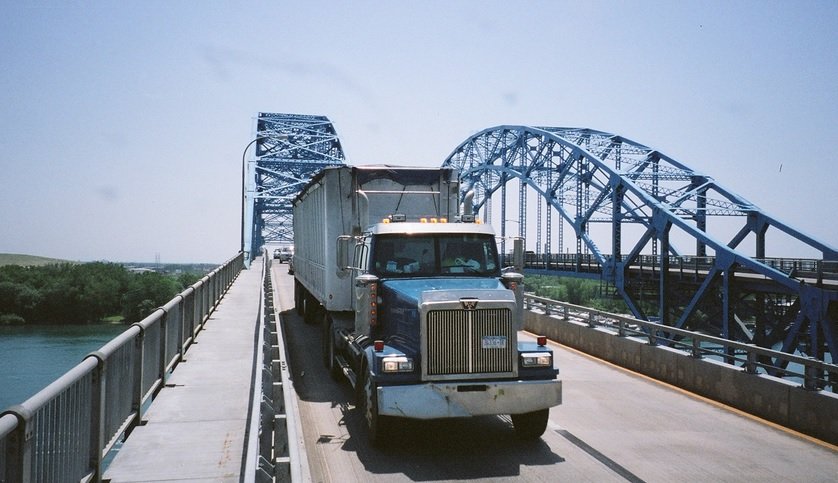 Often, vehicular loads are multiplied with an impact factor to consider the dynamic effects of traffic.

Bridge codes usually specify a basic intensity for pedestrian loading. Again intensity depends on the design code, it is

“Uniform and differential changes in temperature”

There are two thermal effects which can induce stresses in bridges, namely,

The effects of both uniform and differential temperature changes can be determined using the method of ‘equivalent loads’.

Settlement of supports induce additional design moments in superstructure in case of continuous and simply supported bridges. The intensity of force depends on the amount of settlement.

Most bridge analysis is based on static linear elastic principles. Accidental collision of vehicles on the piers and parapets induces additional forces. Collision of a vehicle with a bridge is highly non-linear.

Where natural frequency is at a level which can be excited by wind or traffic, Vibration in the deck is be a problem, in slender bridges. This effect is usually considered using impact factor in the design.

“Horizontal loading due to wind on parapets, vehicles and the bridge itself”

Depending upon the wind intensity and the exposed area, wind loads are applied to bridges in transverse, longitudinal and vertical directions.

“Effect of prestress on indeterminate bridges”

While prestress is not in fact a loading as much as a means of resisting load, it is often convenient to treat it as a loading for analysis purposes. Like temperature, prestress can be handled using the method of equivalent loads.