HL-93 is a type of theoretical vehicular loading proposed by AASHTO in 1993. It is used as the design loading for highway structures in USA and other countries where AASHTO code is followed. AASHTO HL-93 vehicular live load is a combination of three different loads,

Generally, Center of truck wheels must be at least 2’ (600mm) from the edge of a design lane and 1’ (300mm) from the deck overhang. Minimum tail to nose distance between two successive trucks in a lane is 50’ (15m). 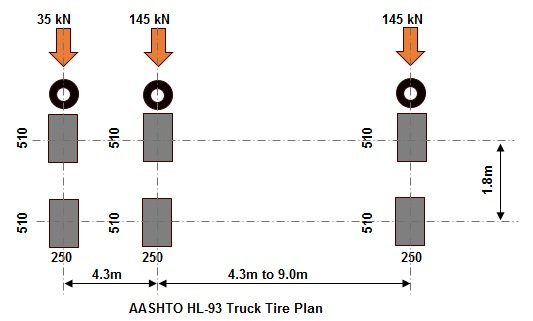 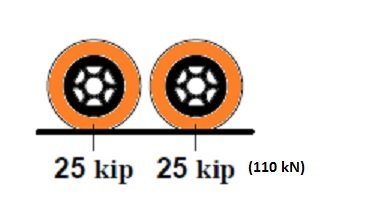 To obtain maximum negative moments, a pair of tandems should be considered, spaced at 8.0m to 12.0m along with design lane load to produce worse hogging effect. Code doesn’t specify maximum number of tandems that can be considered in a lane, nor it does explicitly specify minimum tandem to tandem distance. 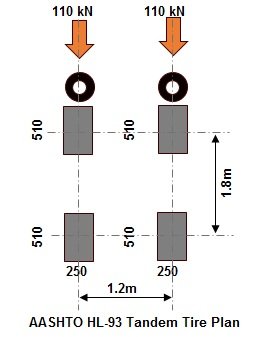 Design vehicle and lane loads should be applied in such a way that extreme force effect is obtained for design. In case of multiple lanes, Multiple Lane factors described in the code shall be considered.

Impact factor or dynamic load allowance is applied only for trucks and tandems, not for lane loading. The governing design force shall be taken as the larger of the following:

Get an easy access to all your business applications and documents with Office 365 on your virtual desktop from www.CloudDesktopOnline.com having remote accessibility from your smartphone with endurable tech-support from Apps4Rent.com