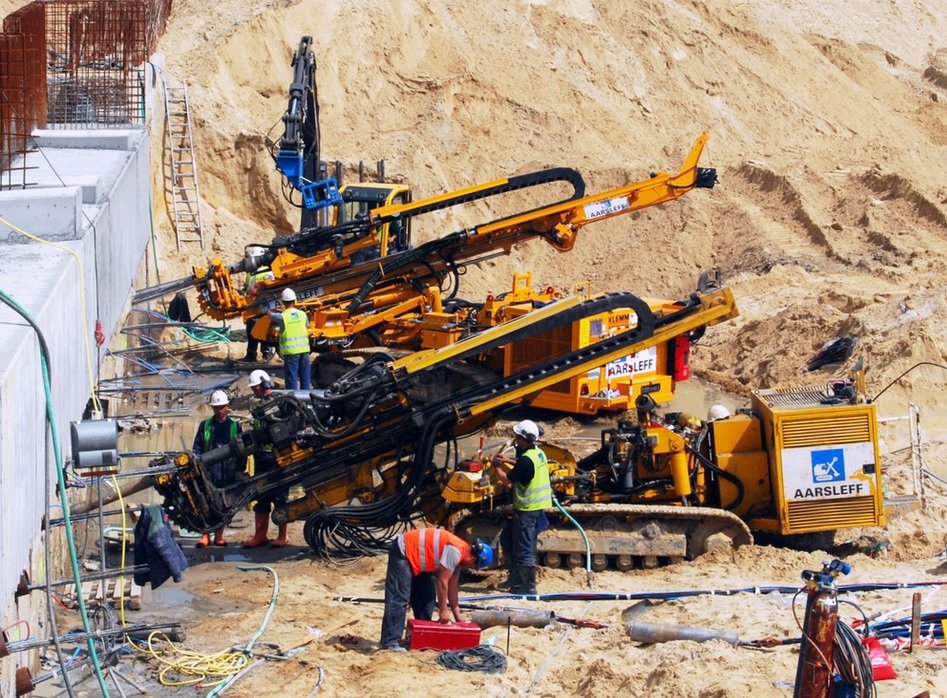 Installation of Ground Anchors in Progress

A Ground Anchor, also known as Earth Anchor, is a structural member which transmits an applied tensile force to capable ground. The tensile force is resisted by shear strength of the surrounding ground. An earth anchor may comprise of following three main components

Nowadays, a High strength steel tendons are installed at an inclination to resist the applied tensile load efficiently. 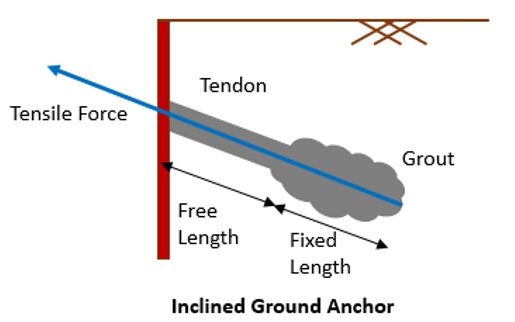 Anchor should have enough capacity required to keep the movement of the structure and the ground mass are kept to tolerable levels.

Anchor is dead or prestressed. Large movements are necessary to mobilize the full load-carrying capacity, to lessen such movements to more acceptable levels, ground anchors are usually pre-stressed by tensioning. The level of prestressing is usually a percentage of the design working load. 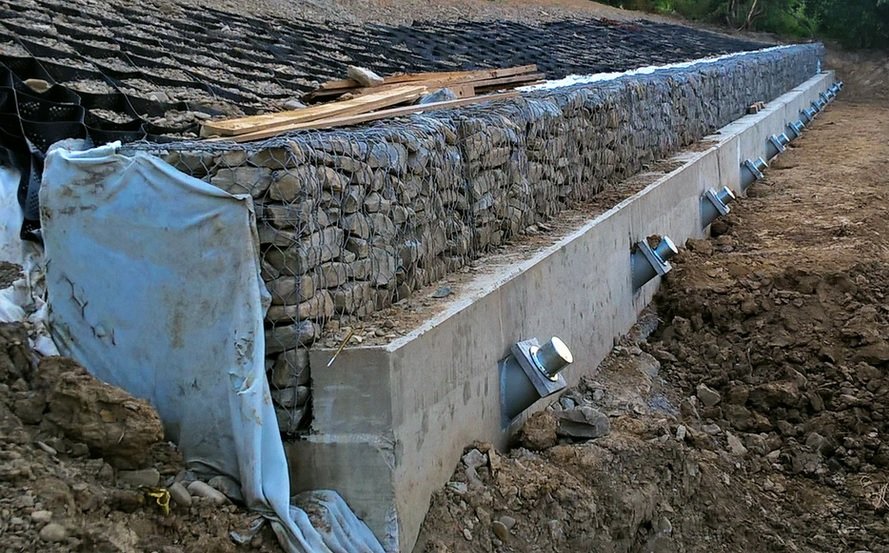 This anchor type is not usually used in soils. It is mainly used for rocks, where the rock strata are stable. These are often referred as Rock Anchors.

Ground anchors are used in many applications where soil nails are not an option. Ground anchors can carry very high loads to hold down / up/ back structures /slopes.