Smog is a type of air pollution event ongoing in New Delhi. New Delhi is one of the worst air polluted city since 1999. Due to the smog the visibility is decreased and that caused much vehicle accidents recently in the city. It also caused cancellation and delay of public transport, trains, flights etc.

Smog is the combination of two words which is smoke and fog. Smog is a mixture of various gases in the atmosphere along with dust particles and water vapour. Smog is usually a yellowish or blackish fog that imparts cloudiness to the atmosphere. Due to the presence of smog the visibility is generally reduced and inhaling the polluted air can cause various breathing problems. 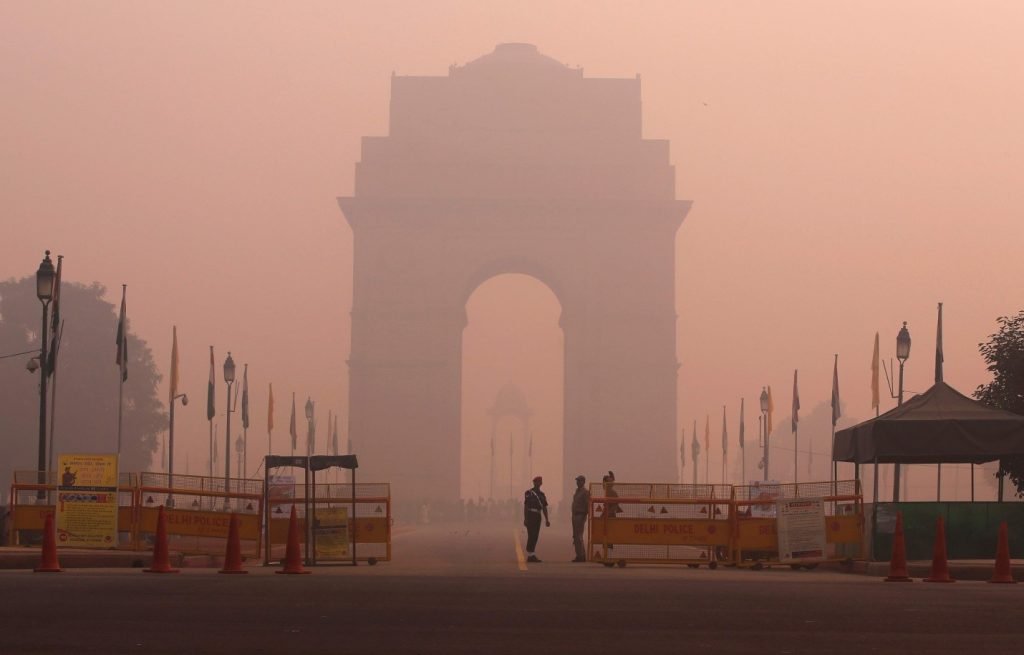 Sources and formation of Smog.

The primary sources of air pollution in Delhi that causes smog are stubble burning in nearby agricultural fields, lit garbage, road dust, emissions from power plants, factories and vehicle emissions. These emissions consist of the following constituents that make the atmosphere vulnerable to the formation of smog:

It is formed when the sunlight incident on these gases and proceeds to the photochemical reactions. As a result photochemical smog is produced and it constitutes aldehydes, peroxyacyl nitrates, tropospheric ozone etc.

The air quality can be measured on the basis of amount of particulate matter (PM) suspended in the atmosphere at PM2.5 and PM10 levels. PM10 is the amount of inhalable coarse particles with a diameter in between 2.5 and 10 micrometers and PM2.5 is the amount of fine particles with a diameter of 2.5 micrometers or less. Recommended levels of PM2.5 is 60 micrograms and whereas PM10 is 100 micrograms. Both levels are peaked into maximum in Delhi on 7 November 2017.

Formation of Smog due to factory emissions

The formation of smog is affected by the following factors:

During the winter months the atmospheric temperatures are usually lower and cause the smoke and fog produced to retain to much closer to the ground levels. Also due to the calm winds the dispersion of smoke will be lower and at the early morning when the sunlight comes out it will initiate the photochemical reactions and produces smog. Also its formation can be affected by the temperature inversions. In normal atmospheric conditions the temperature will decreases with altitude which allows the warmer air, pollutants and dust particles to get disperse. But due to the temperature inversion, a layer of warmer air will stays nearer to the ground level and prevents the dispersion of the the smog that trapped in it.

Major exposure to smog can cause inflammation to the lungs and if the exposure is prolonged it can lead to lung cancer. Some of the common diseases reported are emphysema, bronchitis, eye irritation, cold, pneumonia, asthma etc. Also the smog is equally harmful to the plant species and the animal species by inhibiting their growth and making difficulties in the environment they lives.